Coffee has become one of the world’s favorite drinks, and in recent years we have seen how this drink has exploded in popularity in certain cultures.

We have put together a list of the most important words or terms which you will most definitely come across or even use yourself wherever coffee is preached! 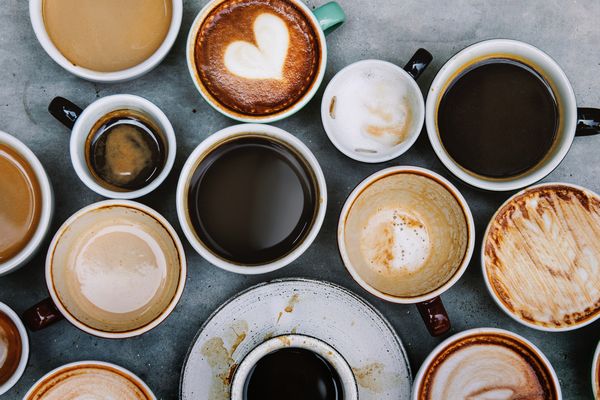 All Different Types of Coffee

Also known as “Joe” or “Java”, coffee is a hot drink made from coffee beans. The beans are the seed from a tropical shrub, and are first roasted and ground before they are used to make the hot drink.

Coffee is also informally referred to as a “Cuppa” or “Brew”. Some hard-core street names include “Dirt”, “Mud” and “Bean Juice”.

Coffee is sometimes referred to as “Jitter Juice”, due to the effect of caffeine on some lightweight users. It shouldn’t come as a surprise then that “High Octane”, “Caffeine Infusion”, “Morning Jolt” and “Liquid Energy” also made it on the list.

Since coffee is known to increase your concentration under certain circumstances, it has also been aptly named “Brain Juice” and “Wakey Juice”.

Coffee comes in various strengths, and the die-hard fans will refer to strong coffee as “Rocket Fuel”. Really Strong coffee is sometimes referred to as Worm Dirt, but the strongest of them all is known among the true geeks as “C8H10N4O2”, because it represents the caffeine molecule. Unlike many other psychoactive substances, caffeine is mostly legal and unregulated in the rest of the world.

If you are aware of any places where it is not legal, please let us know so we can scratch it off our bucket list. 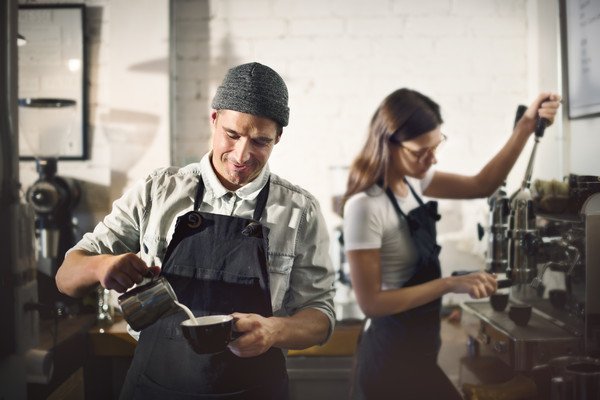 While anybody can make an average cup of Joe, it is the coffee lovers who truly appreciate the grandeur of coffee who are also the best coffee makers of the world.

In addition, good baristas practice for years to learn how to make complex designs on their Cappuccinos and Lattes, which is also known as Latte art. 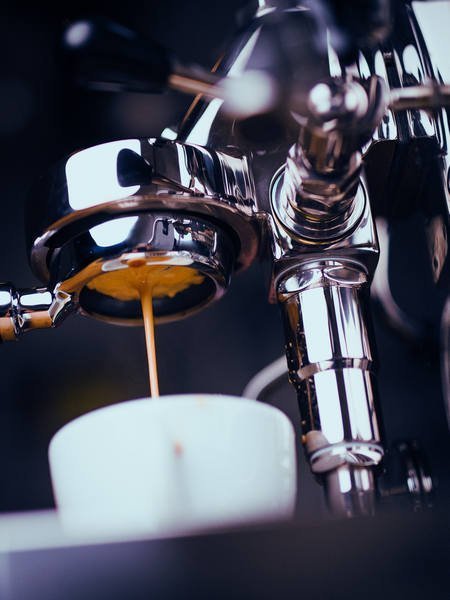 The process of hot water forced through fine coffee grounds at high pressure is what results in a concentrated coffee liquid. This liquid is called an Espresso, also referred to as the “Brew”. Many people like to drink an Espresso after a sweet dessert. An Espresso also forms the basis for other types of coffees like an Americano or Cappuccino.

When you use the correct way of making an Espresso which takes into account the dose, grind and tamp, the first part of the brew will be a dark liquid. After a few seconds it turns into a foamy, golden brown juice resulting in the perfect Espresso. 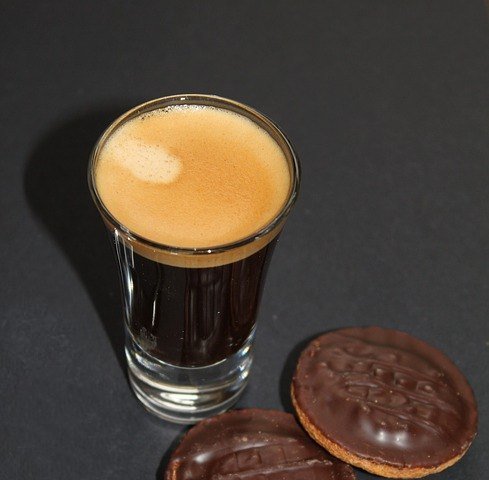 When you make an Espresso correctly, there will be a brownish foam that forms on top of the brew. This foam can also be described as a thick, caramel-colored foam which is actually a mix of oils that sit on top of the Espresso.

A badly made Espresso damages the oils and the effect of the oils will be less.

When made correctly, a thick foam is an indication of a well-ground and good quality coffee.

The crema is key to a full-flavored Espresso or Espresso-based drink, and provides a great aftertaste. 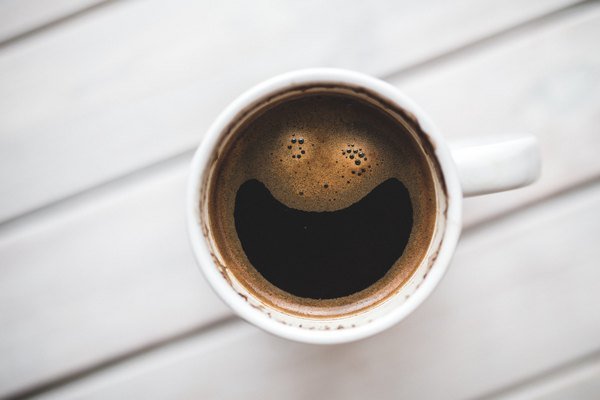 An Americano can be described as an Espresso which has been diluted with hot water. You can play with the strength of the Americano by using one or two shots of Espresso, and by controlling how much water you add.

This way of making coffee ensures a similar strength to that of traditionally brewed coffee, but it does result in a different flavor. Rookies won’t necessarily be able to tell the difference, but connoisseurs will be quick to point out the harder and often more sour taste, depending on the bean of course.

Contrary to what some may think, an Africano is not an Americano without milk! 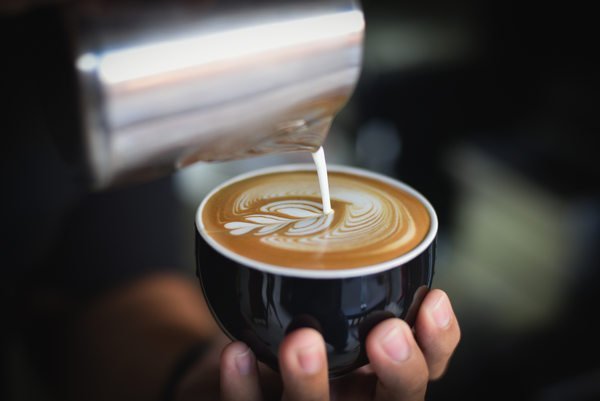 A Cappuccino is an Espresso combined with steamed milk. When correctly made, the milk is steamed in such a way that it creates a thick froth. This froth is then mixed with the Espresso to create a delicious coffee drink.

This drink originated in Italy, and variations include flavoring with cinnamon or chocolate powder, and making use of cream instead of milk.

A good barista will always be careful to ensure that the milk does not become too hot during the steaming process, which will negatively affect the taste of the Cappuccino.

Similar to a Cappuccino, Latte is an Espresso with steamed milk. However, more milk is used, usually 8 ounces or more.

A Flat White is an Espresso combined with steamed milk, but typically doesn’t contain any froth. Instead of froth, a Flat White has micro foam which is a result of the way the steamed milk is handled. It also uses less milk than a Latte. When compared to a Cappuccino, the milk used in a Flat White is silky and smooth and made with less foam. 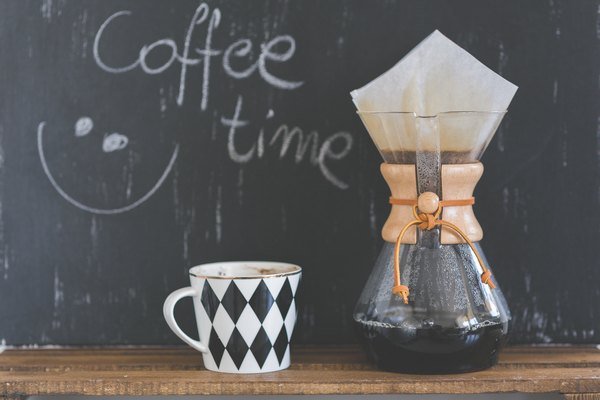 Filter Coffee is made by dripping water over ground coffee. The coffee is placed in a mesh- or paper filter, and the water runs over the coffee before it passes through the filter.

Popular methods for brewing filter coffee includes making use of a press pot, a percolator or a countertop coffee maker.

In this picture is a Chemex coffee brewer, famous for its hourglass-shape. The filters are denser than other paper filters, and many believe the brew tastes sweeter and more well-balanced.

A Mocha Coffee is an Espresso-based drink where the Espresso is mixed with steamed milk and chocolate syrup or cocoa.

A Mocha Coffee is also known as a Mochaccino, due to the fact that a Mocha is very similar to a Cappuccino, with the exception of the added coffee flavor.

To make things interesting, a Mocha may also refer to a rich pungent Arabian coffee. The city of Mocha in Yemen was one of the earliest coffee trade centers, and the Mocha is named after this place. 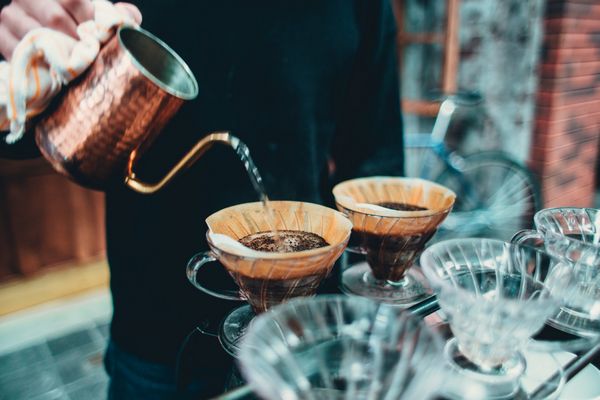 Pour Over Coffee is a method that can be described as the dripping of water over coffee in a filter cone. This method of brewing coffee was developed in Japan, and takes about 3 minutes to brew the perfect Cuppa. 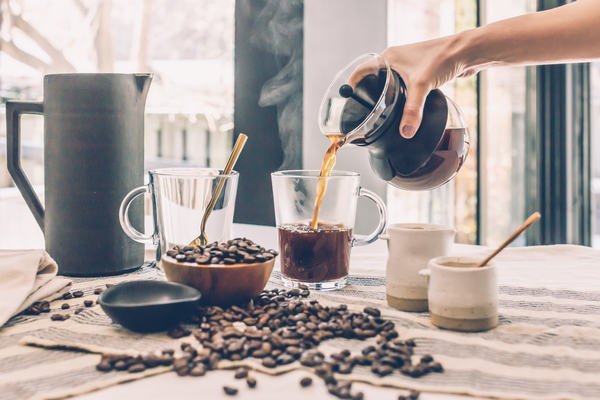 Coffee made from a French Press or a “press pot”, is also loosely known as “Plunger Coffee”. Plunger Coffee is made by soaking coffee grounds in hot water in a container. The coffee is left to brew for around 3 minutes, after which the grounds are pushed to the bottom of the vessel by means of a metal filter.

The filter acts as a plunger which separates the grounds from the liquid, which is why it is often referred to as “Plunger Coffee”.

A Long Black is made by pouring a double-shot of Espresso over hot water. This is the preferred method when making Espresso-based coffee, as coffee enthusiasts will be quick to tell you that doing it the other way around will “burn” the Espresso which will negatively affect the taste. 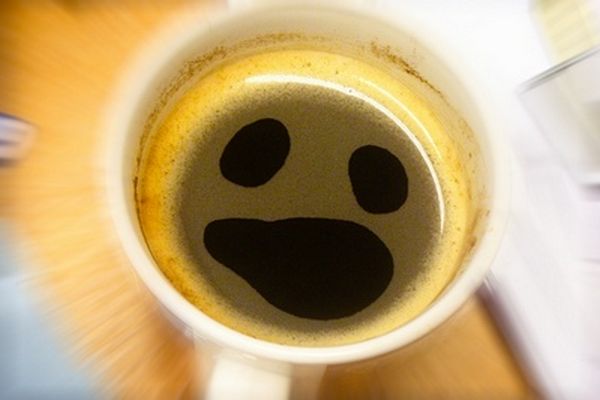 The art of screwing up a good cup of Joe by taking the powder from spray-dried coffee made from sub-standard coffee beans, and then add hot water to turn the powder into liquid again. The adoption of this practice can only be attributed to the successful brainwashing of the masses through clever advertising, convincing them that instant coffee is the best thing since sliced bread. 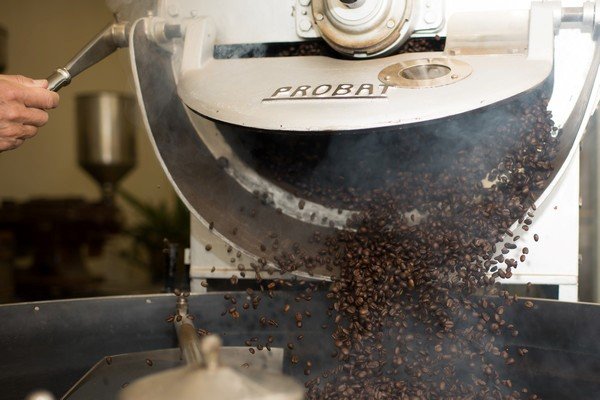 Coffee beans are only ready for use after they have been roasted. Before you can grind the coffee beans to make the perfect Cuppa, you first have to roast the green beans by heating them.

Coffee is generally classified as a Light, Medium or Dark Roast. A Dark Roast is achieved by roasting Coffee beans until they exude oils. Over recent years Dark Roasts have become unpopular due to their overwhelming (burned) taste.

Each coffee lover should experiment with different roasts and decide which they like best. 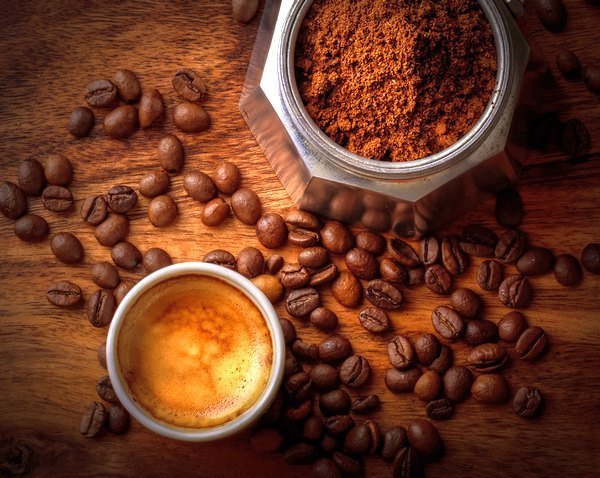 Grinding is the process of crushing the coffee bean to powder so you can make the perfect Cuppa.

Personally, we prefer to buy (or sell) coffee as whole beans. The reason for this is because we believe you should grind your coffee just before you start to make a brew.

However, regardless of whether you grind your own or let someone grind for you, it is important to know what you are looking for in a grind. Grinds are generally classified as Standard, Coarse, Medium Coarse, Fine and Espresso.

Typically you will use a coarse grind for Plunger Coffee, or medium grind for Filter Coffee.

Also read our guide on grinds.

Now you know some of the lingo used in the world of coffee. We hope this was helpful and would love to hear from you in the comments section below.