On this page we have put together the highlights of our trip to Northern Ireland. We visited Northern Ireland over a period of 2 days which allowed us to see the major attractions we were interested in. There is obviously a lot more to see if you have more time. Even so, we left Northern Ireland satisfied and content, and we highly recommend you pay her a visit if you have the chance.

What can you do with £101 Million? Just think about how much money that really is. Now understand that is how much it cost to build the Titanic Museum in Belfast. 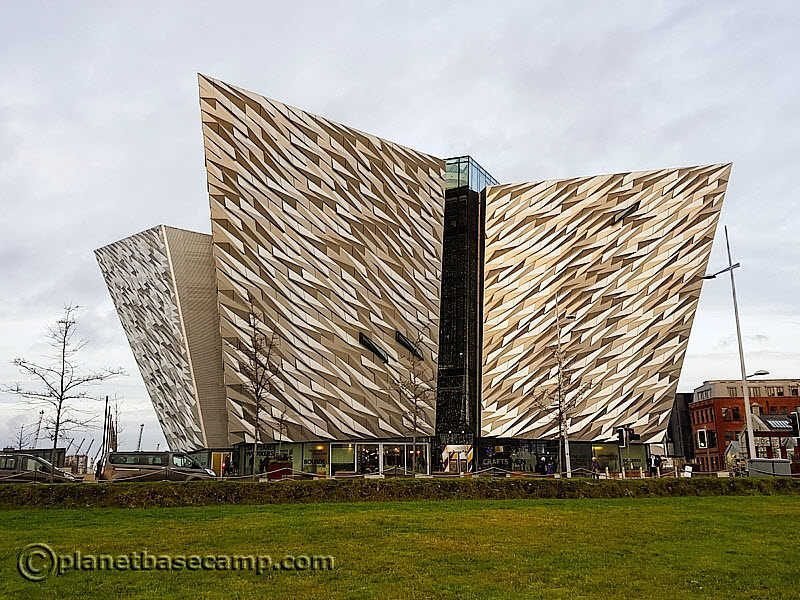 Located in Northern Ireland in the capital city called Belfast, the Titanic Museum was built in remembrance of the famous Harland & Wolff ship which struck an iceberg and sunk in 1912.

The museum is really impressive, and you can literally spend hours at this location.

In general we are not that big on souvenir shops. However, the shop at this particular museum caught our attention and Lynn got a really beautiful snow globe to bring home with us.

Since we started our first day in the Republic of Ireland where we visited Newgrange, it was already evening by the time we were finished. We headed to our accommodation for the night.

We started our second day in Northern Ireland by heading straight for the Causeway Coastal Route. However, the first stop from Belfast is The Dark Hedges.

The Dark Hedges is a beautiful row of beech trees and has been hailed as the most photographed location in Northern Ireland.

In fact, the area is so popular that it was even used to film a scene in the popular series Game of Thrones. 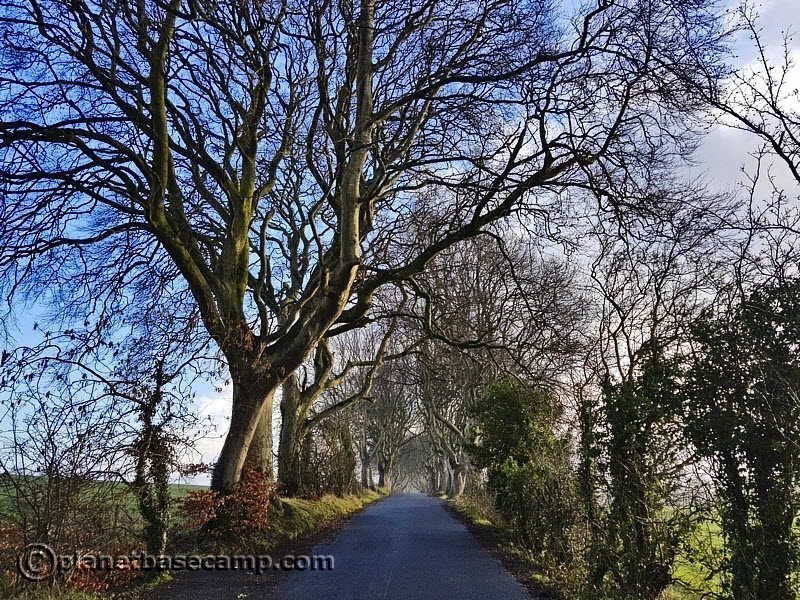 Since many tourists want to get photos at this location, be considerate and do not park anywhere in or close to the lane where your car will be in other people’s photographs.

From the Dark Hedges it is very easy to get to the next major attraction. In an area lathered with exceptional natural beauty, the Carrick-A-Rede Rope Bridge is a bridge that connects the main land with a tiny island called Carrickarede.

From the island you have magnificent views of Rathlin Island, and you can even see Scotland’s Mull of Kintyre in the distance.

Carrickarede island was used by fishermen for centuries to catch salmon. It is believed that the fishermen used to build bridges connecting the island with the mainland for over 350 years. Unfortunately the island is no longer used for catching fish due to the declining population of salmon in the area.

The current rope bridge was raised in 2008, and has become a major tourist attraction in the area. To cross the bridge and to go on to the island you will need to pay a fee, but it is well worth the money. Not only is it fun to cross the bridge, but the views from the island are magnificent as well. 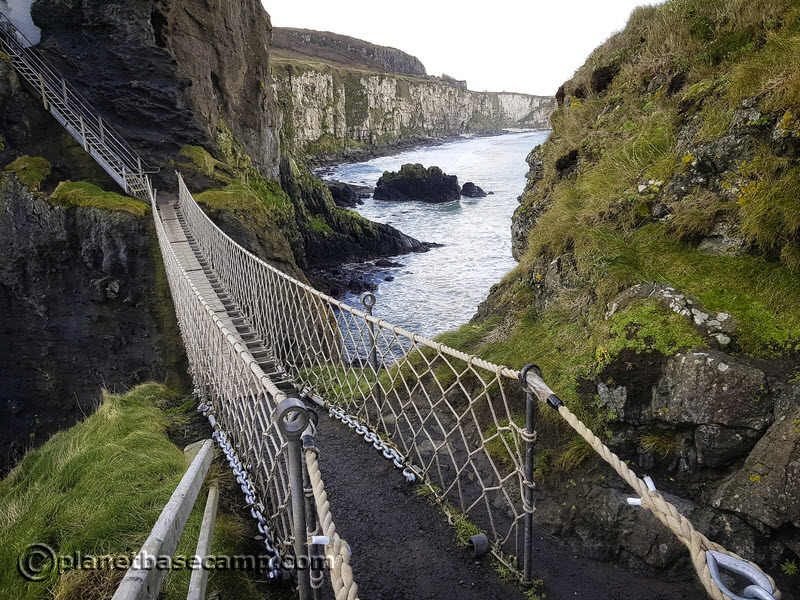 We didn’t find the bridge difficult to cross at all (the bridges on the Everest Base Camp Trek are far more daunting), but there have been instances of visitors unable to walk back across the bridge who had to be taken off by boat.

Time We Spent Here: 15 Minutes (You can easily spend an hour here)

Naturally your next stop will be Giant’s Causeway. However, if you would also like to rather visit when the sun sets on the rocks, we recommend doing Giant’s Causeway last (weather permitting of course).

Go to the ruins of the medieval Dunluce Castle instead, since it is not far from Giant’s Causeway.

The castle is located right on the edge of a cliff, and you feel as if you stepped into a time when horses carried heroes to their destinies and swords were the weapon of choice.

If you are a Game of Thrones fan you may also recognise it as House of Greyjoy used in the series. 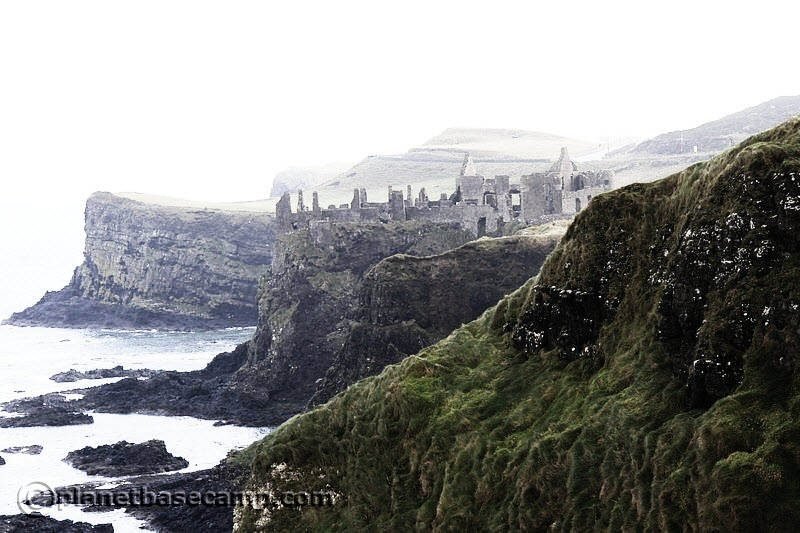 Time We Spent Here: About 2 Hours

For us, Giant’s Causeway was probably the highlight of our visit to Northern Ireland. Before we went, someone told us that it is nice to see but not necessarily worth the travel time.

On the contrary – we couldn’t disagree more!

The rapid cooling of magnesium- and iron-rich lava created basalt columns that will leave you perplexed, or just in awe and wonder of how amazing nature is. We loved exploring Giant’s Causeway. There are about 40,000 of these columns in the area.

Most of the columns are hexagonal, although we saw columns that had four- five-, seven- and eight corners as well, caused by crystallization in the confined space between other columns. 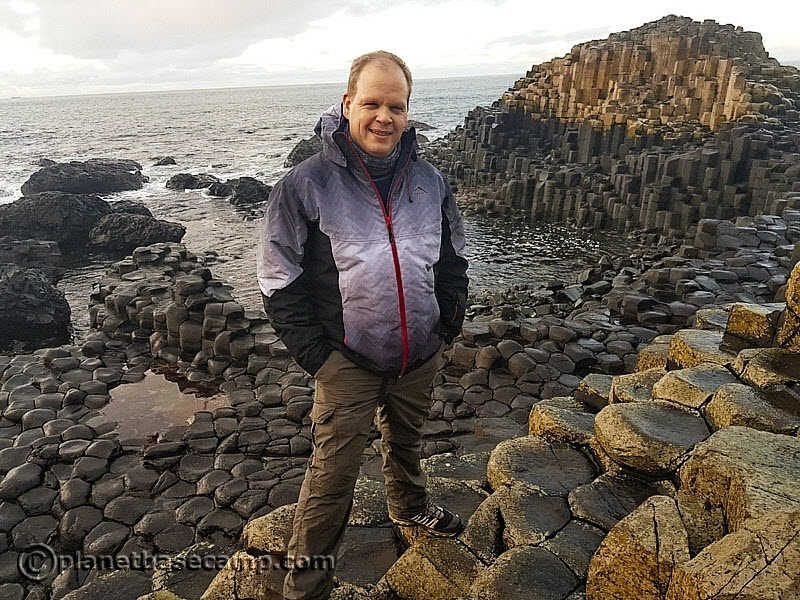 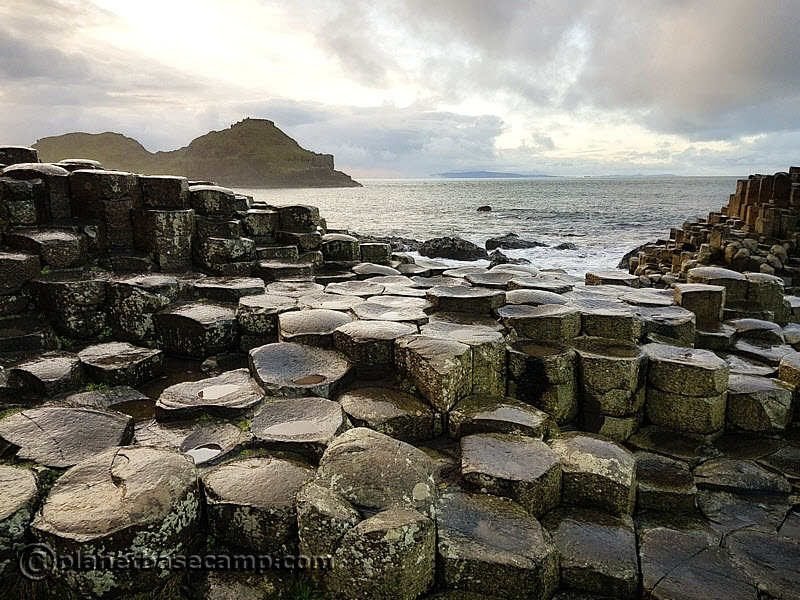 There is confusion around the entry fee to Giant’s Causeway, with some claiming you don’t have to pay while others say you have to. Unfortunately the £11.50 for adults (the price when we checked) is a misleading rip-off since the charge is for the visitor center only. Access to the Giant’s Causeway is actually for free, and you can walk there without going through the visitor center.

There are many accounts of visitors saying they were intimidated and told they had to pay. However, to avoid confrontation we recommend having a Guinness at the Causeway Hotel. Ask the bartender how to get to the Giant’s Causeway and afterwards walk around the building and bypass the visitor center. 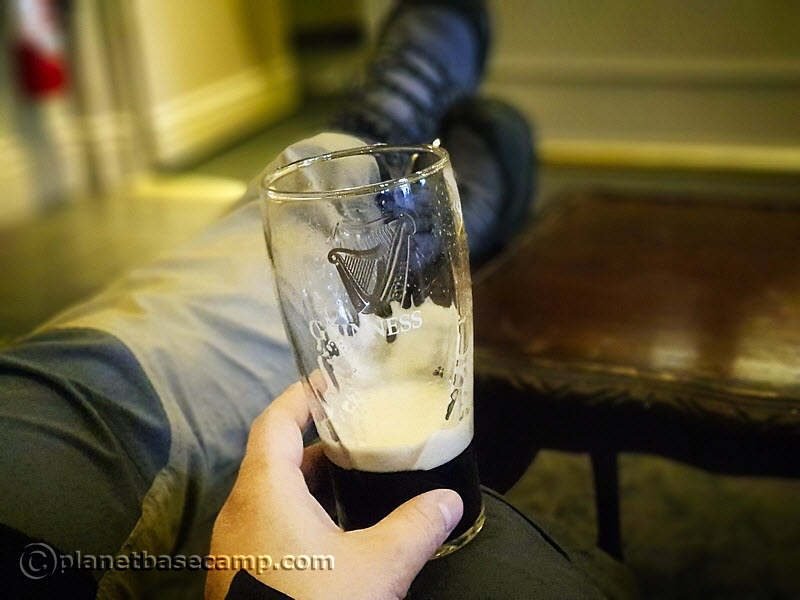 There is nothing illegal about this and you are not trespassing. The hotel has their own pathway that you can use and it will save you quite a bit of money.

If you are into Irish whiskey, you have to visit Old Bushmills Distillery. We ran out of time because we wanted to catch sunset at Giant’s Causeway and didn’t get a chance to make this stop. However, we include it here as it is a popular attraction for whiskey lovers and has great reviews on TripAdvisor.

Old Bushmills Distillery is situated between Dunluce Castle and Giant’s Causeway and therefore easy to incorporate into your travel plans.

After an eventful day we headed to Limavady where we stayed for the night. This concluded our 2 day visit of Northern Ireland, and we left early the next morning for the Republic to continue our 12 Day Itinerary for Ireland.

We really enjoyed Northern Ireland, especially Belfast Titanic and the Giant’s Causeway. However, with more time there is lots more to see.

If you would like to follow this itinerary, we have put the visiting points as a route for you on Google Maps to make it easier to drive to the attractions of the day.