The Dingle Peninsula is on Ireland’s southwest Atlantic coast, and covers an area of about 583 km2. While the peninsula makes up only 0.69% of Ireland’s 84,000 km2 area, it is impressive enough to have caught the attention of National Geographic who once called it “the most beautiful place on earth.”

When we visited Ireland, we had a jam packed itinerary that took us around the entire island in 12 Days (click here for our 12 Day Itinerary of Ireland).

Packed with Irish culture and baffling historical sites, this is yet another section of Ireland which is not to be missed. There are around 2,000 archaeological sites on the peninsula alone, and a myriad hiking trails to choose from. You could spend a week here and probably still not see everything there is to see.

While it is possible to drive fairly quickly around the peninsula, it is also one of the most scenic drives in the whole of Ireland. We recommend you rather take your time and make the most of it.

If you only have a day for the peninsula like we did, you will want to get there sooner than later in the day so you can cover as much ground as possible on the peninsula itself. It also worked well for us to sleep on the peninsula, as this allowed us to see most of what we wanted to see on day 8 of our journey with only a few stops left for early in the morning of day 9 of our visit.

This was an amazing leg of our trip. There is so much to see and do in and around Dingle, but based on our experience we recommend you don’t miss the following:

Nestled between the outer Dingle Bay and inner Castlemaine Harbour, Inch Strand is the perfect place for sports fanatics and nature lovers alike. The beach is about 5 kilometers long, and popular for all kinds of activities including surfing, kayaking, windsurfing, fishing, hang gliding and kite surfing. It is also a lovely place to go for a stroll or to just have a picnic on the beach.

Inch Strand was also the filming location for the 1970’s movie, Ryan’s Daughter. 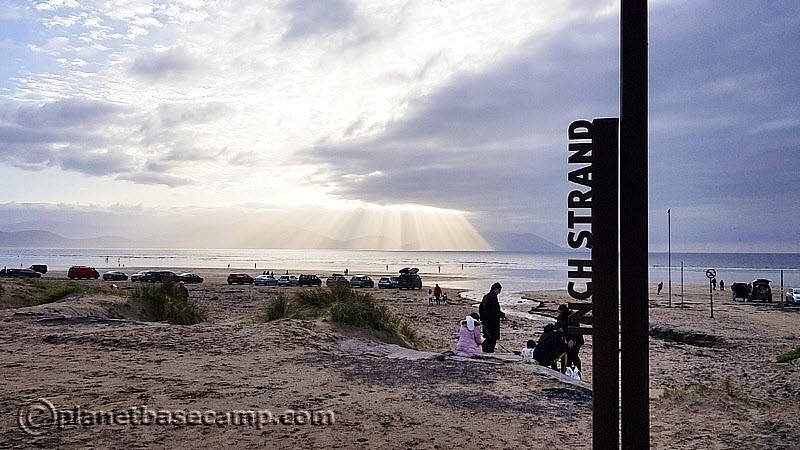 You are surrounded by beauty as you travel all along the Dingle Peninsula, and you can’t help but stop and marvel at the amazing scenery.

One such stop you will most definitely make is not long after Inch Strand and on your way towards Dingle. 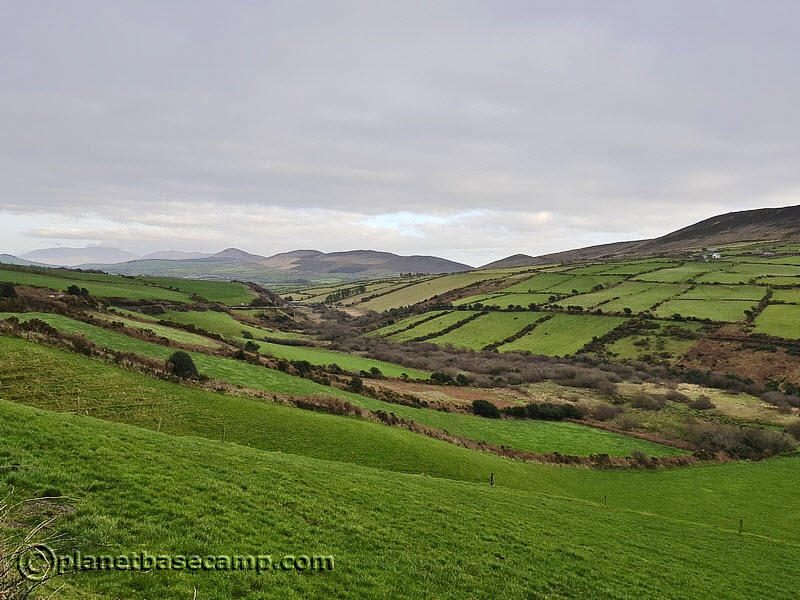 Dunquin Harbour is a mere 3 minute drive from Dunquin, and on a clear day you can see the Blasket Islands from the harbour.

The interesting thing about the harbour is that it is also used as a loading zone for sheep, which are taken to the Blasket Islands from the harbour to graze in the summer. 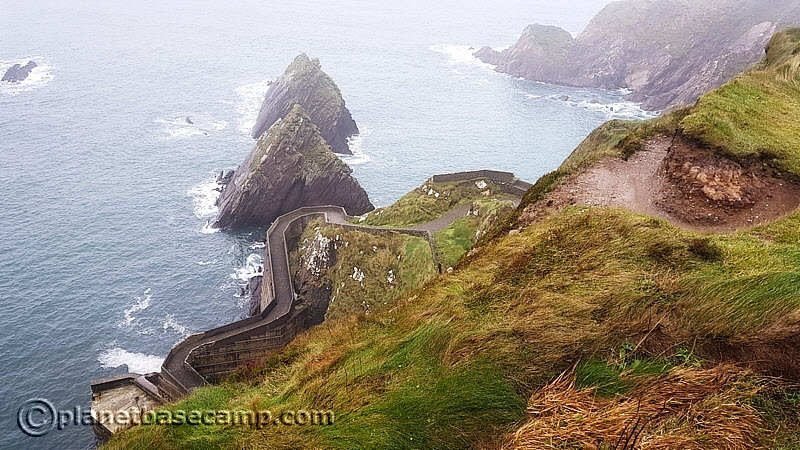 Dunquin and Dunquin Harbour form part of the Slea Head Drive. From Dunquin Harbour, continue in an anti-clockwise direction for more beautiful scenery of the area (it is also the direction tour buses take, so it is recommended to do the same.) 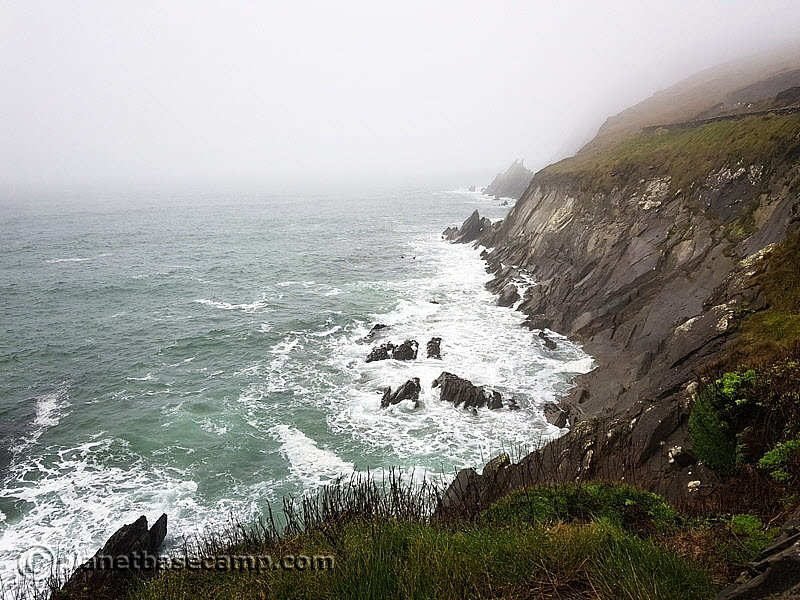 The Gallarus Oratory is a strange structure with little information about it. Some claim the chapel like building was erected in the 12th century, but so far there isn’t any solid information on it prior to 1756. Others insist is was built around the 6th or 7th century.

Nevertheless, it is unique and something you will want to see. 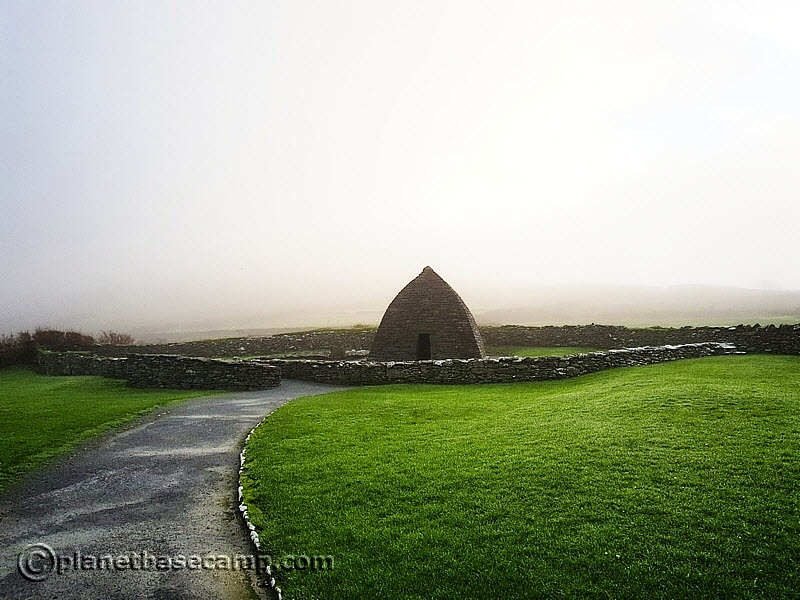 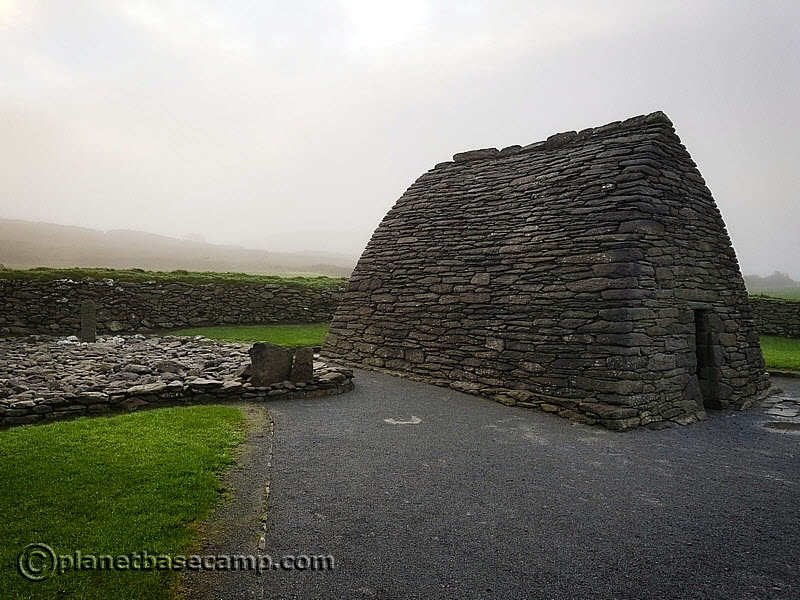 Another interesting archeological site is the Reask Monastic Settlement. The Settlement used to be a small monastery of the Early Medieval period. While the buildings themselves only have low walls left of them, it is nevertheless an archeological site with evidence of a fascinating past.

Excavations from the 1970s revealed ruins of an oratory or chapel, some stone huts, a graveyard and decorated stone labs. 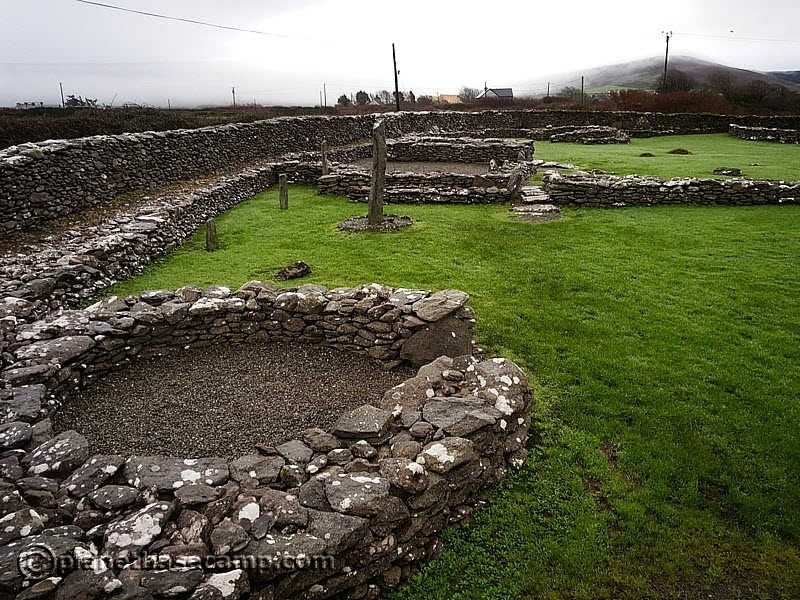 The Ogham Standing stone is in particular a great example of the times, as it is decorated with an encircled Greek cross with spiral designs. It is believed the stone was decorated in the 7th century during the early Christian times. The letters DNE are set sideways to the cross, which comes from the Latin for Domine, meaning O Lord. 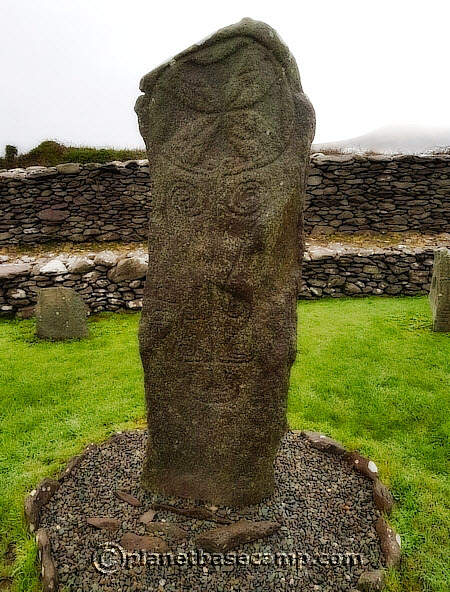 If you are still not convinced by National Geographic’s claim about the peninsula being the most beautiful place on earth, you have to visit Pete’s place. This was an Airbnb booking where we stayed for the night, and while the property is substandard, we have to mention it for the incredible tranquility and serene views.

The property has access to its own private beach, and this is something that you can’t easily beat. 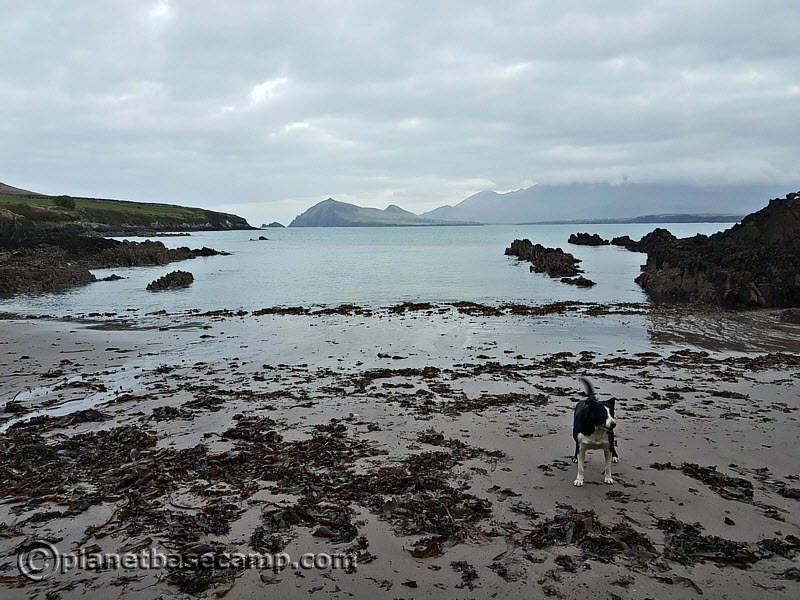 While the location of the property is ideal, we have to be transparent and warn you that our room was substandard. Out of all the places where we stayed, this has been our worst experience till date. We thought the property wasn’t as great as advertised, and there were a few issues which we won’t discuss here.

Nevertheless, if you are really easy going when it comes to accommodation, you should be fine with Pete’s place. And even if you are not, you might find that the location makes up for it.

You can book for a night at Pete’s place here, although we would personally stay at a different location in future.

It was getting late in the afternoon and Hank was as hungry as a bear. Ireland isn’t cheap, and sometimes you have to go with whatever you can find at a convenience store.

As you drive in to Dingle from Inch Strand, you will see a Texaco fuel station on your right. We parked our car and went looking for something to eat. Hank noticed they had pizza at a fairly good price. Lynn is easy when it comes to food and she gladly agreed, seeing that it didn’t take that long for Hank to make up his mind on what to get this time around.

While we expected your average good-enough-to-fill-the-hole meal, this pizza took us by surprise and was actually exceptional. Obviously there is a chance that we were just really fortunate on this particular day, but based on our experience we definitely recommend making the stop for pizza at the Texaco convenience store. If there is anybody else who have also had a good pizza here then please let us know in the comments, we’d love to hear from you.

As mentioned in the beginning of this post, there are around 2,000 archeological sites alone on the peninsula, not to mention all the hiking trails or other activities you can do. If you have more than a day to spend here, you will most definitely be able to find tons of other things to keep you busy with.

While a claim like the one from National Geographic Traveler is a rather bold statement to make, we can definitely see why they said it is the most beautiful place on earth. The scenery is absolutely stunning, and we wouldn’t have wanted to miss out on this beautiful part of Ireland.

There is one thing to keep in mind: at times we had a lot of mist and visibility wasn’t always the best. This seems to be a regular occurrence, and some of the locals who live off the peninsula also complained that they have to go back because the visibility wasn’t great when they were there.