The Plattekloof route is a well maintained pathway, and it is more like a set of stairs laid out on the side of the mountain in a zig-zag formation!

The first time Hank climbed Table Mountain was in December of 1999. The experience was memorable, but for all the wrong reasons. Perhaps the biggest mistake he made was underestimating the monolithic rock, which towers at just over 1,000m above sea level. That which he imagined to be a quick hike up a steep hill turned out to be a 3 to 4 hour grilling session on the front side of the mountain which he have aptly named “The Oven” – no pun intended!

Hank started the hike at about 7am. It was a clear day with not even a cloud in sight. He didn’t have sunscreen, didn’t wear a hat and can’t remember if he even had a bottle of water with him. After an hour or two into the climb, the last of the early morning shadows provided by the mountain disappeared. With nothing left to shield him from the sun Hank felt like an ant under a magnifying glass, about to be evaporated any moment. Maybe he’s exaggerating slightly, but not a lot.

The second time Hank climbed Table Mountain was when we climbed it together in December of 2014. We started the climb at around the same time as he had done 15 years earlier, but the only reason why we felt comfortable doing so was because the Table was draped with a mist cloth which shielded the sun for the most part of the hike. In addition, we were prepared with water and a hat, something Hank had grossly neglected the first time around. Needless to say, the experience was totally different. While the hike was still tough, we were able to actually enjoy it.

With a small breeze that accompanied the clouds, we were able to walk at a much steadier pace and managed to focus on the breathtaking scenery. The sun would only show its face every now and again, but for the most part we were able to find cover under the blanket of white hovering only a few hundred meters above us.

After a grueling hike, we made it to the final leg of the climb. This section of the hike is steep, and it is easy to underestimate the effort required to get to the top. However, this section has got a mystical feel to it, and you can almost sense what it must have been like for the early Portuguese and Dutch explorers who first hiked up the mountain. 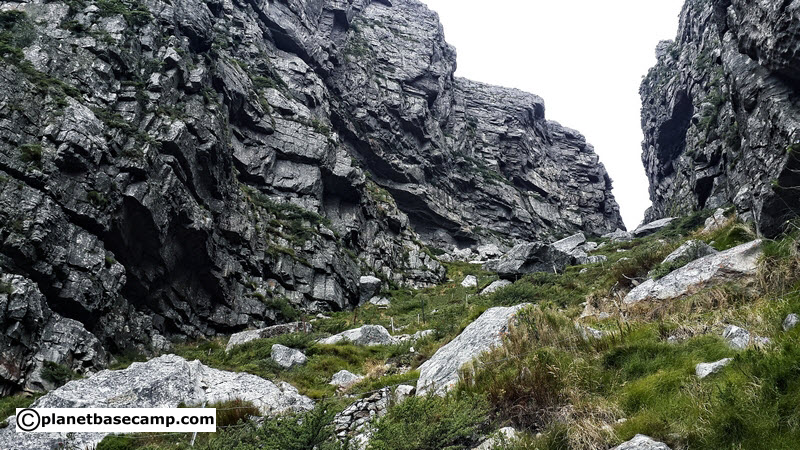 When we got to the top, we were exhausted. The welcomed the cool from the mist, but we soon started to feel too cold and had to put on something warm. The view from the top, regardless of the mist, was amazing. Every now and then the clouds open up a bit, revealing a brilliant view of the Mother City, Cape Town, below us. 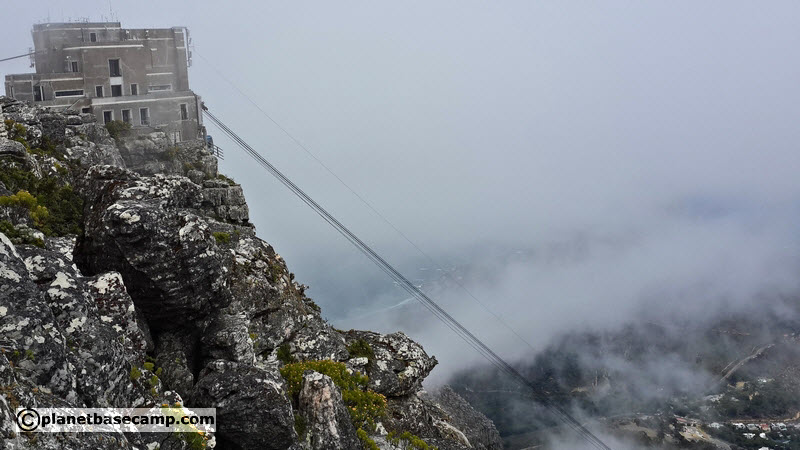 We made our way to the Table Mountain Cableway Wi Fi Lounge and Restaurant, where we enjoyed pizza and coffee before heading back down. You have the option of taking the same or another route down, but because most people underestimate what it takes to climb up, most people take the cableway down instead. We decided on the latter, too.

Perhaps our best advice to anyone wanting to conquer the escarpment is to start as early as possible in the morning. If you are hiking on a day that is overcast, you can be more flexible with when you start your climb. However, on a clear day (which is the best for magnificent views), you want to start no later than 6am.

You probably don’t need the best hiking shoes, and a good pair of sneakers could possibly do the trick. However, we would advise against slops or other casual footwear. You should also remember to take a hat and sunscreen, or an alternative to sunscreen depending on your preference.

Even though it is a relatively safe climb. Cell phone reception should be available for the most part of the climb. You should have enough snacks and water with you, and take a rain coat as well. The weather in Cape Town can change quicker than you can change a baby’s diaper.

In addition, you should have at least a moderate level of fitness. While most people should be able to get to the top regardless of fitness level, don’t underestimate the climb. Fortunately, the cable way is a great alternative for getting back down again…

Climbing and conquering Table Mountain is an absolute must for the bucket list enthusiast. Since it has been awarded one of the New 7 Wonders of the World, there is even more reason to ü this item off. The view from the top of the mountain will not disappoint, and the breathtaking scenery is your well-deserved reward.