We were in Cape Town a few days before Hank’s birthday. This was the perfect setting for Lynn to come up with a really awesome birthday gift for Hank. Seeing that Hank had never flown in a helicopter before, it didn’t take too long for her to decide on the gift either – a helicopter ride in Cape Town!

We were exploring the coast line at False Bay, and while having a drink at the Brass Bell Lynn “had the idea” to go to the V&A Waterfront. Hank was a bit surprised, as the V&A Waterfront is close to the City Center of Cape Town, which was quite a drive from False Bay. Nevertheless, Hank agreed and off we went.

When we arrived at the V&A Waterfront, Lynn also “had the idea” to drive around the Waterfront… you know, just to see what it looked like on the other side. When we got there we “decided” to see what the docks looked like from that side. As we were walking towards the docks, there was a building with a sign that read something about Cape Town Helicopter Rides. Hank joked, saying he would really like to do that one day. Lynn suggested we go in and see what they have to offer. As we entered the building, we were courteously greeted and the surprise was revealed – we were going for a helicopter ride!

Excitement and nervousness kicked in at the same time. Hank, who is a bit afraid of heights, didn’t have a lot of time to mentally prepare for the flight. Everything happened rather quickly as well, and before we knew it we were in the air.

The amazing thing about Table Mountain is all the angles from which you can view her. On a clear day, she towers over the bay as you drive in to the city from the main land. You can also view her from across the bay while having a delicious meal in Blouberg Strand.

If you are in the city center, her presence can almost be felt and you always know she is there. You can also see her when you visit the beautiful beaches at Camp’s Bay. Then there is the option of viewing her from Robben Island where Nelson Mandela was kept in prison. However, there is one other option which far exceeds all of the above, and that is a helicopter ride.

Most of the companies who offer helicopter tour rides are close to the V&A Waterfront. From there you have a few options: you can either go for a Robben Island flight (cheapest but also quickest), or you can fly a few minutes more around Signal Hill and Lion’s Head to Camp’s Bay. There is also the option to fly out further all along the coast line from where you not only see Table Mountain, but also the Twelve Apostles Mountain Range. Lynn, wanting to make the most of the experience, ensured for a longer flight.

Our flight started at the V&A Waterfront, from where we had perfect views of Cape Town, Table Mountain and Green Point. 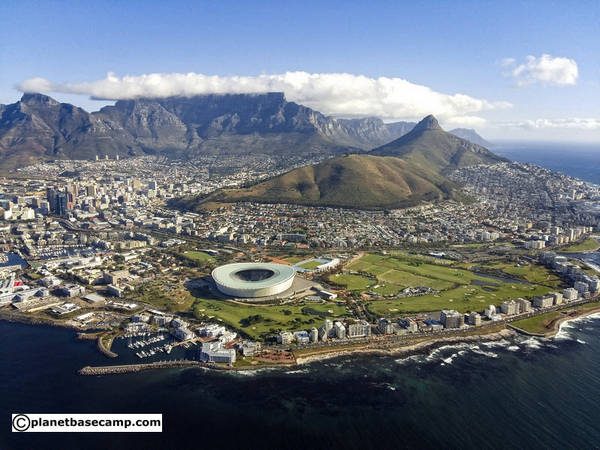 From there we flew up the coast line past Signal Hill and Lion’s Head. We had clear views of Camps Bay, which is probably the wealthiest suburb in Cape Town (and one of the wealthiest in the world), as well as the infamous Clifton Beach. 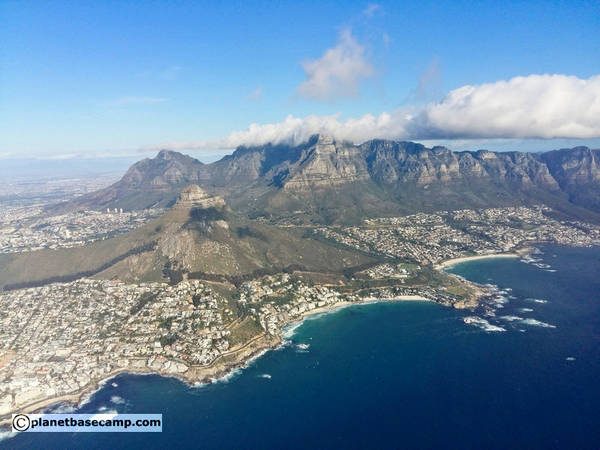 Once we passed Lion’s Head, we had beautiful close up views of the Twelve Apostles Mountain range. This Mountain Range is part of the Table Mountain National Park, which is a UNESCO World Heritage Site. Looking at the picture below, you can also see the Twelve Apostles Hotel And Spa, which has made a name for itself both locally and internationally. 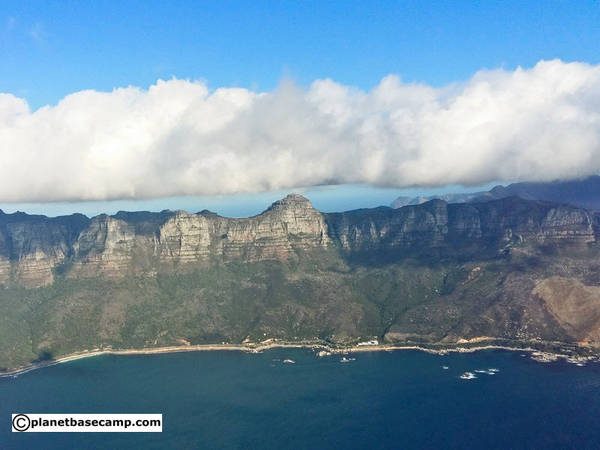 As we continued with our flight, Llandudno beach and residential suburb came into sight. 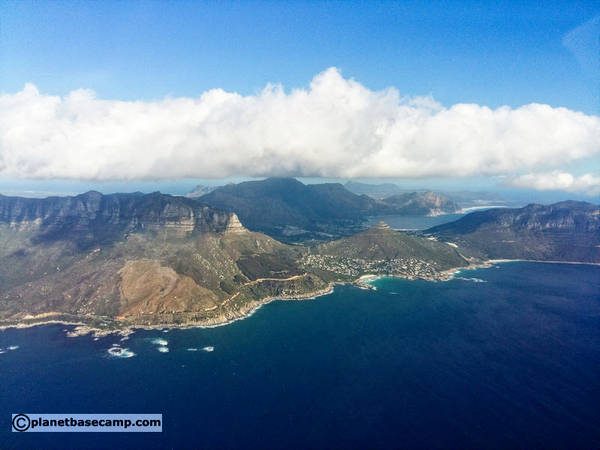 After Llandudno came Hout Bay. The famous yellow fynbos which covers the Cape Peninsula could be clearly seen, and just behind it Hout Bay. 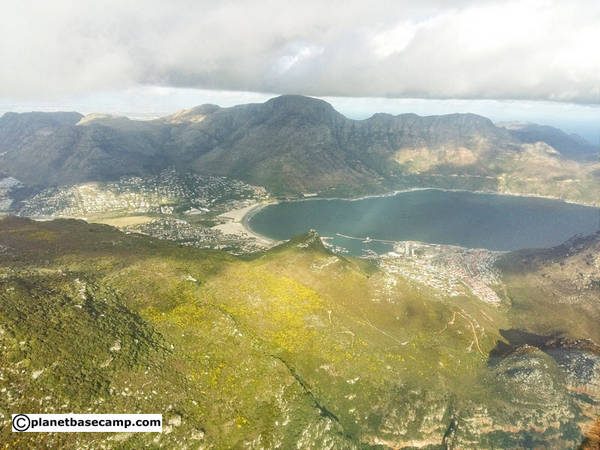 As we turned around and headed back, we had a magnificent view of the entire coast line which we just covered. The Twelve Apostles looked really impressive from this angle, and we were glad we took the longer flight. 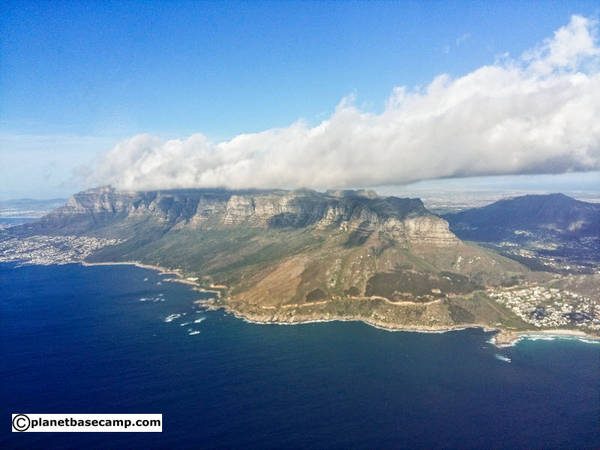 After we landed we were treated with a promotional video and a glass of champagne to celebrate our trip.

The nice thing is that no matter which flight you choose, you will be able see Cape Town and Table Mountain from the sky. However, the longer flights that take you along the coast line will definitely be more rewarding.